Fernanda Gattinoni was born in Cocquio Trevisago, in the Province of Varese in Italy, on 20 December 1906.
In the 20s, the designer decided to move to London, where she worked for the Molyneaux atelier, honing her sartorial skills there.
Her break came at the end of the decade, when the actress Ina Claire offered her the opportunity to show the atelier’s collection in Paris. There Fernanda Gattinoni met Coco Chanel, who was so struck by her skill that she asked Gattinoni to work with her. The designer, however, wanted to experiment more with her own creativity and went on to take over as creative director at the Ventura atelier in Milan, after several years of collaboration. She was then appointed as the design head for Ventura’s new branch in Rome. 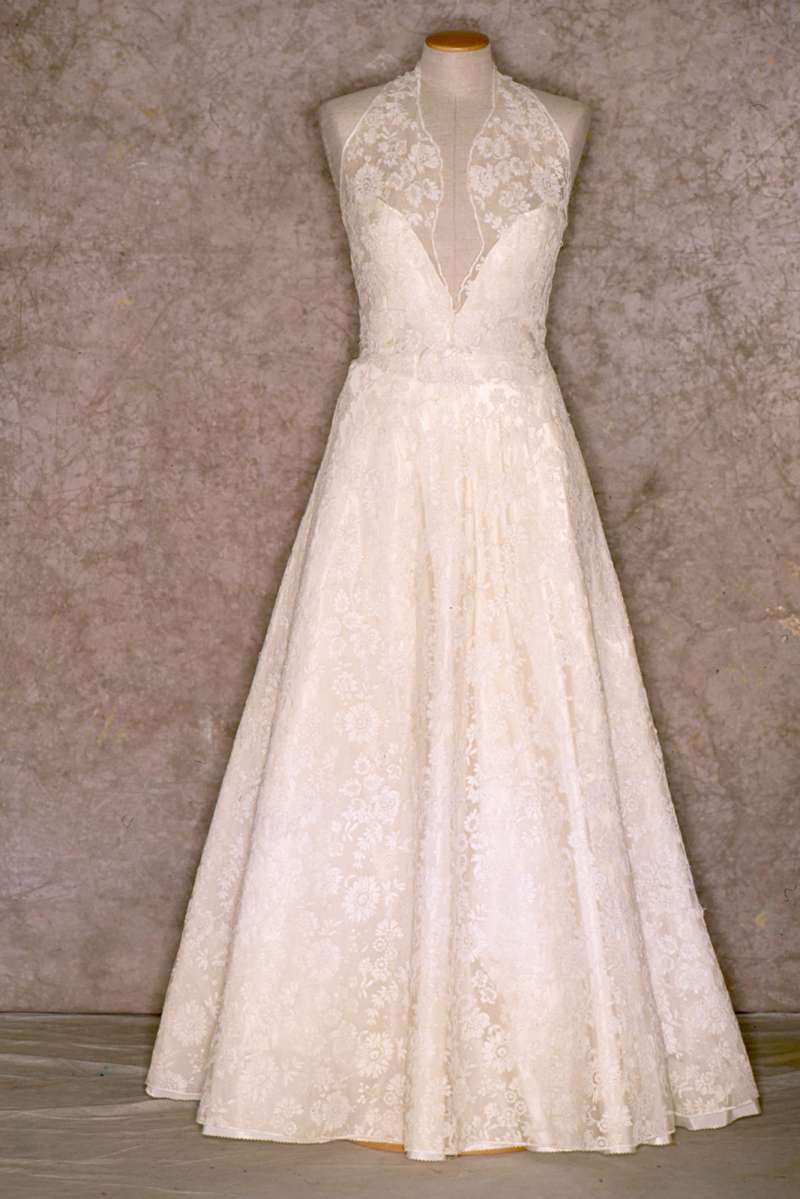 A dress (Gattinoni, 1951) that belonged to Ingrid Bergman, from the large donation the actress gave to Umberto Tirelli.[...]