Lacroix was born in Arles, Bouches-du-Rhône in southern France. At a young age he began sketching historical costumes and fashions. Lacroix graduated from high school in 1969 and moved to Montpellier, to study Art History at the University of Montpellier. In 1971, he enrolled at the Sorbonne in Paris. While working on a dissertation on dress in French 18th-century painting, Lacroix also pursued a program in museum studies at the École du Louvre. His aspiration during this time was to become a museum curator. It was during this time he met his future wife Françoise Rosenthiel, whom he married in 1974.
In 1987, he opened his own haute couture house. He began putting out ready-to-wear in 1988 drawing inspiration from diverse cultures. Critics commented that he did not seem to understand the type of clothing the working woman needed. In 1989, Lacroix launched jewelry, handbags, shoes, glasses, scarves, and ties (along with ready-to-wear). In this same year, he opened boutiques within Paris, Arles, Aix-en-Provence, Toulouse, London, Geneva, and Japan.

With his background in historical costume and clothing, Lacroix soon made headlines with his opulent, fantasy creations, including the short puffball skirt ("le pouf"), rose prints, and low décolleté necklines. He referenced widely from other styles—from fashion history (the corset and the crinoline), from folklore, and from many parts of the world—and he mixed his references in a topsy-turvy manner. He favored the hot colors of the Mediterranean region, a hodgepodge of patterns, and experimental fabrics, sometimes handwoven in local workshops. 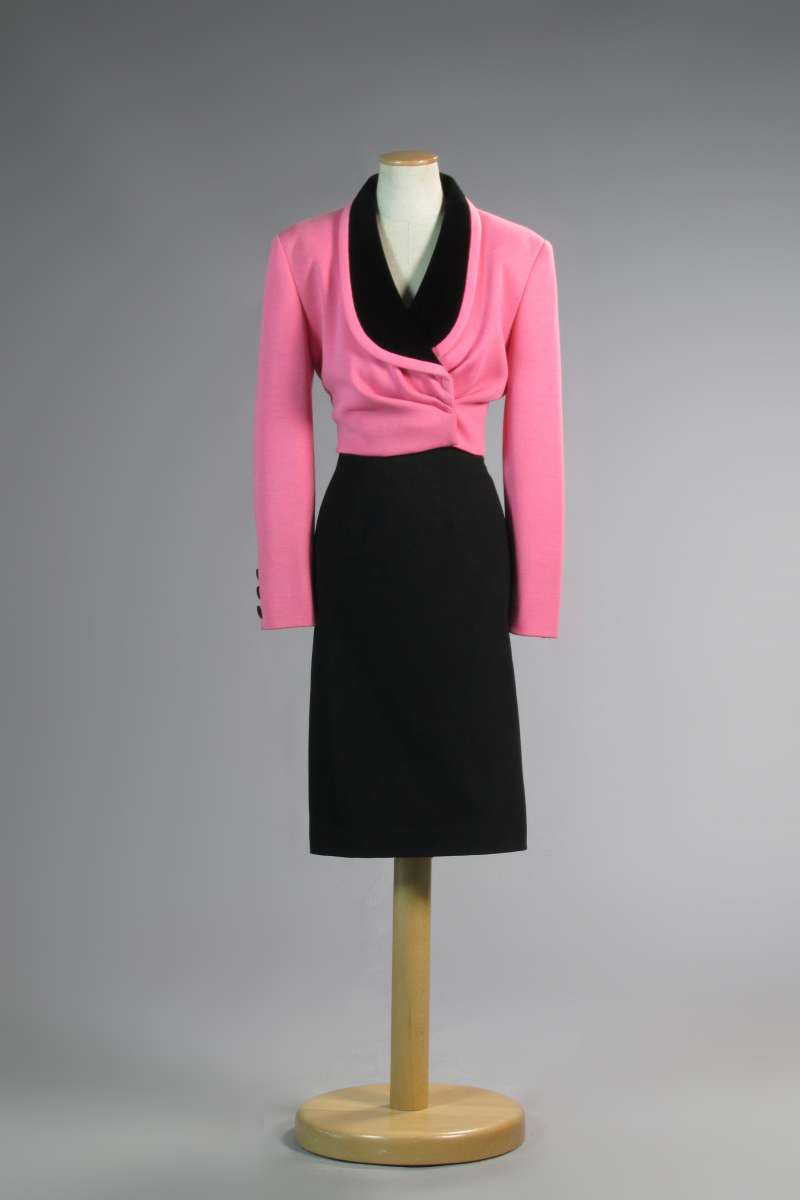 Pink wool bolero gathered on the fastening under the brest, with large black velvet lapel and velvet buttons on the cuffs. Early Nineties [...]