Poiret was born on 20 April 1879 to a cloth merchant in the poor neighborhood of Les Halles, Paris. His parents, in an effort to rid him of his natural pride, apprenticed him to an umbrella maker. There, he collected scraps of silk left over from the cutting of umbrella patterns, and fashioned clothes for a doll that one of his sisters had given him. While a teenager, Poiret took his sketches to Louise Chéruit, a prominent dressmaker, who purchased a dozen from him. Poiret continued to sell his drawings to major Parisian couture houses, until he was hired by Jacques Doucet in 1896. His first design, a red cloth cape, sold 400 copies. Poiret later moved to the House of Worth, where he was responsible for designing simple, practical dresses. The "brazen modernity of his designs," however, proved too much for Worth's conservative clientele. When Poiret presented the Russian Princess Bariatinsky with a Confucius coat with an innovative kimono-like cut, for instance, she exclaimed, "What a horror! When there are low fellows who run after our sledges and annoy us, we have their heads cut off, and we put them in sacks just like that."
Poiret established his own house in 1903, and made his name with his controversial kimono coat and similar, loose-fitting designs created specifically for an uncorseted, slim figure. He designed flamboyant window displays and threw sensational parties to draw attention to his work. His instinct for marketing and branding was unmatched by any other Parisian designer, although the pioneering fashion shows of the British-based Lucile (Lady Duff Gordon) had already attracted tremendous publicity.[1] In 1909, he was so famous, Margot Asquith, wife of British Prime Minister H. H. Asquith, invited him to show his designs at 10 Downing Street. The cheapest garment at the exhibition was 30 guineas, double the annual salary of a scullery maid.

Poiret's house expanded to encompass interior decoration and fragrance. In 1911, he introduced “Parfums de Rosine,” named after his daughter, becoming the first French couturier to launch a signature fragrance, although again the London designer Lucile had preceded him with a range of in-house perfumes as early as 1907. In1911 Poiret unveiled “Parfums de Rosine" with a flamboyant soiree held at his palatial home, attended by the cream of Parisian society and the artistic world. Poiret fancifully christened the event “la mille et deuxième nuit” (The Thousand and Second Night), inspired by the fantasy of a sultan's harem.[4] His gardens were illuminated by lanterns, set with tents, and live, tropical birds. Madame Poiret herself luxuriated in a golden cage. Poiret was the reigning sultan, gifting each guest with a bottle of his new fragrance creation, appropriately named to befit the occasion, “Nuit Persane.” His marketing strategy, played out as entertainment, became the talk of Paris. A second scent debuted in 1912 - “Le Minaret,” again emphasizing the harem theme.

In 1911, publisher Lucien Vogel dared photographer Edward Steichen to promote fashion as a fine art in his work. Steichen responded by snapping photos of gowns designed by Poiret, hauntingly backlit and shot at inventive angles. These were published in the April 1911 issue of the magazine Art et Décoration. According to historian Jesse Alexander, the occasion is "now considered to be the first ever modern fashion photography shoot," in which garments were imaged as much for their artistic quality as their formal appearance. A year later, Vogel began his renowned fashion journal La Gazette du Bon Ton, which showcased Poiret's designs, drawn by top illustrators, along with six other leading Paris designers – Louise Chéruit, Georges Doeuillet, Jacques Doucet, Jeanne Paquin, Redfern, and the House of Worth. However, notable couture names were missing from this brilliant assemblage, including such major tastemakers as Lucile, Jeanne Lanvin and the Callot Soeurs.

Also in 1911, Poiret launched the École Martine, a home decor division of his design house, named for his second daughter. The establishment provided artistically inclined, working-class girls with trade skills and income. 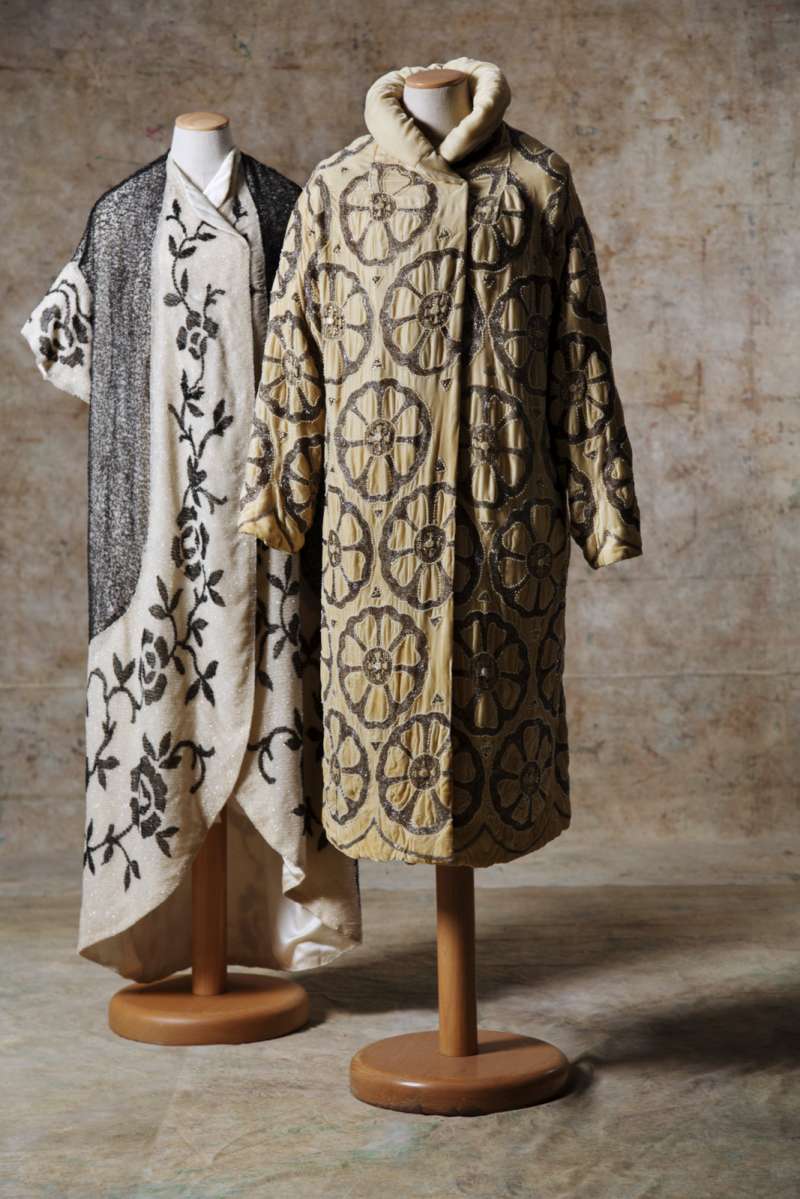