Valentino became interested in fashion while in primary school in his native Voghera, Lombardy, northern Italy, when he apprenticed under his aunt Rosa and local designer Ernestina Salvadeo, an aunt of noted artist Aldo Giorgini. Valentino then moved to Paris to pursue this interest with the help of his mother Teresa de Biaggi and his father Mauro Garavani. There he studied at the École des Beaux-Arts and at the Chambre Syndicale de la Couture Parisienne. His first choice for an apprenticeship, in Paris, was Jacques Fath, then Balenciaga. He found an apprenticeship with Jean Desses where he helped style icon Countess Jacqueline de Ribes sketch her dress ideas. He then joined Guy Laroche for two years. At Jean Desses, Valentino sketched furiously, between helping with window dressing and greeting clients for the daily 2:30 pm private showings. Most of his early sketches were lost. However, at a Rome exhibition in 1991 a smattering of them went on display and then-current clients such as Marie-Hélène de Rothschild and Elizabeth Taylor marveled that the DNA of Valentino's style was already apparent in the layers of white pleats and animal prints.
A wedding dress by Valentino
After five years, Valentino left Jean Desses over an incident about prolonging a vacation in Saint-Tropez that still makes him uncomfortable today. Rescued by his friend Guy Laroche, he joined his "tiny, tiny" fashion house. After discussions with his parents, he decided to return to Italy and set up in Rome in 1959.
In 1960 Valentino left Paris and opened a fashion house in Rome on the posh Via Condotti with the backing of his father and an associate of his. More than an atelier, the premises resembled a real "maison de couture," it being very much along the lines of what Valentino had seen in Paris: everything was very grand and models flew in from Paris for his first show. Valentino became known for his red dresses, in the bright shade that became known in the fashion industry as "Valentino red."
On 31 July 1960, Valentino met Giancarlo Giammetti at the Café de Paris on the Via Veneto in Rome. One of three children, Giammetti was in his second year of architecture school, living at home with his parents in the haut bourgeois Parioli section of Northern Rome. That day Giammetti gave Valentino a lift home in his Fiat and a friendship, as well as a long-lasting partnership, started. The day after, Giammetti was to leave for Capri for vacation and, by coincidence, Valentino was also going there, so they met again on the island 10 days later. Giammetti would shortly thereafter abandon the University to become Valentino's business partner. When Giammetti arrived, the business situation of Valentino's atelier was in fact not brilliant: in one year he had spent so much money that his father's associate pulled out of the business, and had to fight against bankruptcy.
Valentino's international debut took place in 1962 in Florence, the Italian fashion capital of the time. His first show at the Pitti Palace was welcomed as a true revelation and the young couturier was deluged by orders from foreign buyers and enthusiastic comments on the press.
After the breakthrough show in Florence, Valentino began dressing the ladies of the international best-dressed crowd, such as his acquaintance from the Paris years Countess Jacqueline de Ribes and New York socialites Babe Paley and Jayne Wrightsman.
By the mid-1960s he was already considered the undisputed maestro of Italian Couture, receiving in 1967 the Neiman Marcus Fashion Award, the equivalent of an Oscar in the field of fashion. The Begum Aga Khan, Farah Diba, Jacqueline Kennedy Onassis, Lee Radziwill, Queen Paola of Belgium, Babe Paley, Elizabeth Taylor, Audrey Hepburn, Gloria Guinness, Marella Agnelli, Jayne Wrightsman, Marisa Berenson, Veruschka and Princess Margaret were already customers as well as personal friends.
At some point in 1964, Jacqueline Kennedy had seen Gloria Schiff, the twin sister of the Rome-based fashion editor of American Vogue and Valentino's friend Consuelo Crespi, wearing a two-piece ensemble in black organza at a gathering. It made such an impression that Kennedy contacted Ms. Schiff to learn the name of the ensemble's designer, which was Valentino. In September 1964, Valentino was to be in the United States to present a collection of his work at a charity ball at New York's Waldorf-Astoria Hotel. Mrs. Kennedy wanted to view the collection but could not attend the event, so Valentino decided to send a model, sales representative and a selection of key pieces from his collection to Mrs. Kennedy's apartment on Fifth Avenue. Mrs. Kennedy ordered six of his haute couture dresses, all in black and white, and wore them during her year of mourning following President John F. Kennedy's assassination. From then on, she was a devoted client and would become a friend. Valentino would later design the white dress worn by Kennedy at her wedding to Greek tycoon Aristotle Onassis.
In 1966, confident of his client base, he moved his shows from Florence to Rome where two years later he achieved one of his greatest triumphs, an all-white collection that became famous for the "V" logo he designed.
On 4 September 2007, Valentino announced that he would retire fully in January 2008[3] from the world stage after his last haute couture show in Paris. He delivered his last women's ready-to-wear show in Paris on 4 October.
His last haute couture show was presented in Paris at the Musée Rodin on 23 January 2008. It was, however, somewhat marred by his criticism of fellow Italian design duo Dolce & Gabbana,and the death of Australian actor Heath Ledger although few allowed these things to detract from his final show, which received a standing ovation from the entire audience that included hundreds of notable names from all areas of show business. Many models returned to show for Valentino's last haute couture show, including Eva Herzigova, Naomi Campbell, Claudia Schiffer, Nadja Auermann, Karolina Kurkova and Karen Mulder.
In 2012–2013 a major new exhibition opened at Somerset House in London celebrating the life and work of Valentino, showcasing over 130 exquisite haute couture designs. 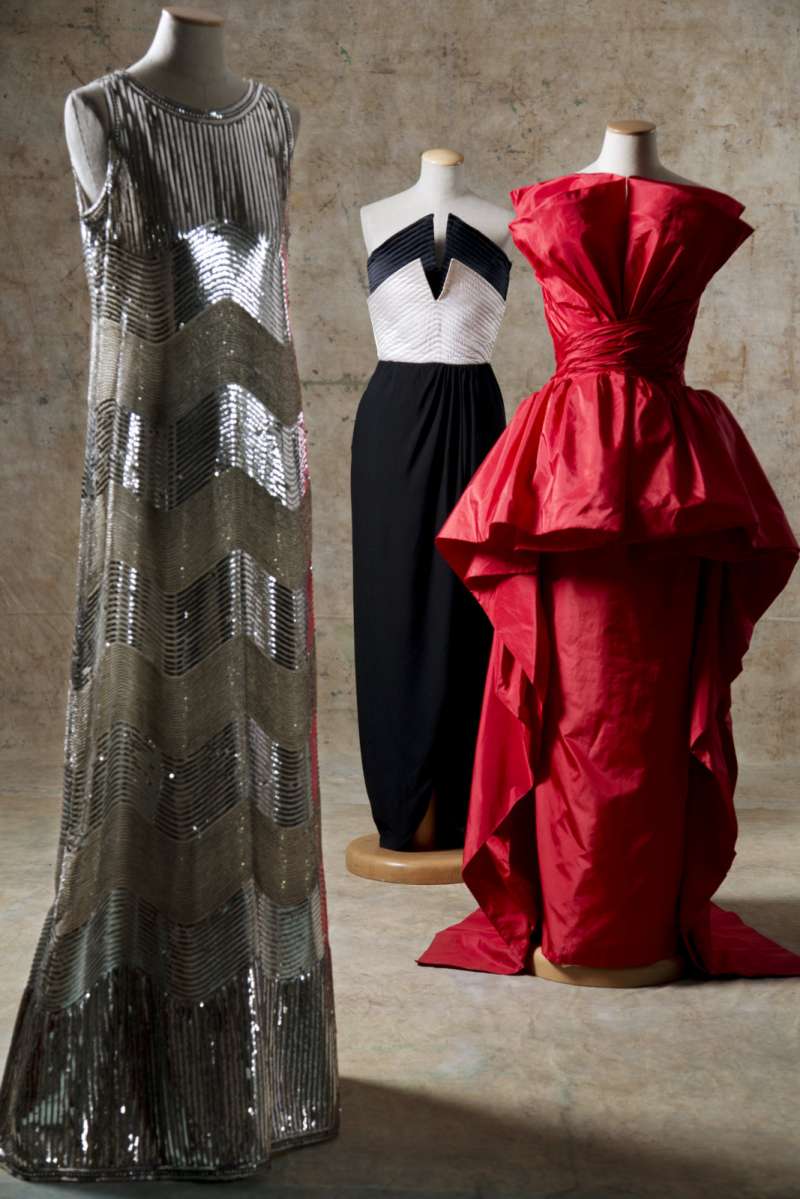