Early Career
Charles Frederick Worth, the designer who dominated Parisian fashion in the latter half of the nineteenth century, was born in Bourne, Lincolnshire, England, on October 13, 1825. As a young man, Worth worked as an apprentice and clerk for two London textile merchants. In addition to gaining a thorough knowledge of fabrics and the business of supplying dressmakers during this time, he also visited the National Gallery and other collections to study historic portraits. Elements of the sitters' dresses in these paintings would later provide inspiration for Worth's own designs, for both fashionable ensembles and masquerade costumes.

Worth relocated to Paris in 1845. Despite early struggles, he found work with Gagelin, a prominent firm that sold textile goods, shawls, and some ready-made garments. Worth became Gagelin's leading salesman and eventually opened a small dressmaking department for the company, his first position as a professional dressmaker. He contributed to the reputation of the firm with prize-winning designs displayed in the Great Exhibition in London (1851) and the Exposition Universelle in Paris (1855). The designer opened his own firm with a business partner in 1858.

Success in Paris
Worth's rise as a designer coincided with the establishment of the Second Empire in France. The restoration of a royal house in 1852, with Napoleon III (1808–1873) as the new emperor, once again made Paris an imperial capital and the setting for numerous state occasions. Napoleon III implemented a grand vision for both Paris and France, initiating changes and modernization that revitalized the French economy and made Paris into a showpiece of Europe. The demand for luxury goods, including textiles and fashionable dress, reached levels that had not been seen since before the French Revolution (1789–99). When Napoleon III married Empress Eugénie (1826–1920), her tastes set the style at court (1978.403; 01.21). The empress's patronage ensured Worth's success as a popular dressmaker from the 1860s onward.

Worth's designs are notable for his use of lavish fabrics and trimmings, his incorporation of elements of historic dress, and his attention to fit. While the designer still created one-of-a-kind pieces for his most important clients, he is especially known for preparing a variety of designs that were shown on live models at the House of Worth. Clients made their selections and had garments tailor-made in Worth's workshop.

Although Worth was not the first or only designer to organize his business in this way, his aggressive self-promotion earned him the titles "father of haute couture" and "the first couturier." By the 1870s, Worth's name frequently appeared in ordinary fashion magazines, spreading his fame to women beyond courtly circles.

The House of Worth
The large number of surviving Worth garments in the permanent collection of The Costume Institute, as well as in other institutions in the United States, is testament to Worth's immense popularity among wealthy American patrons, as well as European royalty and aristocrats. Many clients traveled to Paris to purchase entire wardrobes from the House of Worth. For the wealthy woman, a complete wardrobe would consist of morning, afternoon, and evening dresses (C.I.53.63a,b; C.I.49.3.25a,b), and lavish "undress" items such as tea gowns and nightgowns, which were worn only in the privacy of one's home. Women also looked to Worth to supply gowns for special occasions, including weddings (C.I.41.14.1) and ornate masquerade balls (1994.462a,b), a favorite entertainment in both the United States and Europe. Worth's clients also included stars of the theater and concert stage. He supplied performance costumes and personal wardrobes for leading actresses and singers such as Sarah Bernhardt, Lillie Langtry, Nellie Melba, and Jenny Lind. 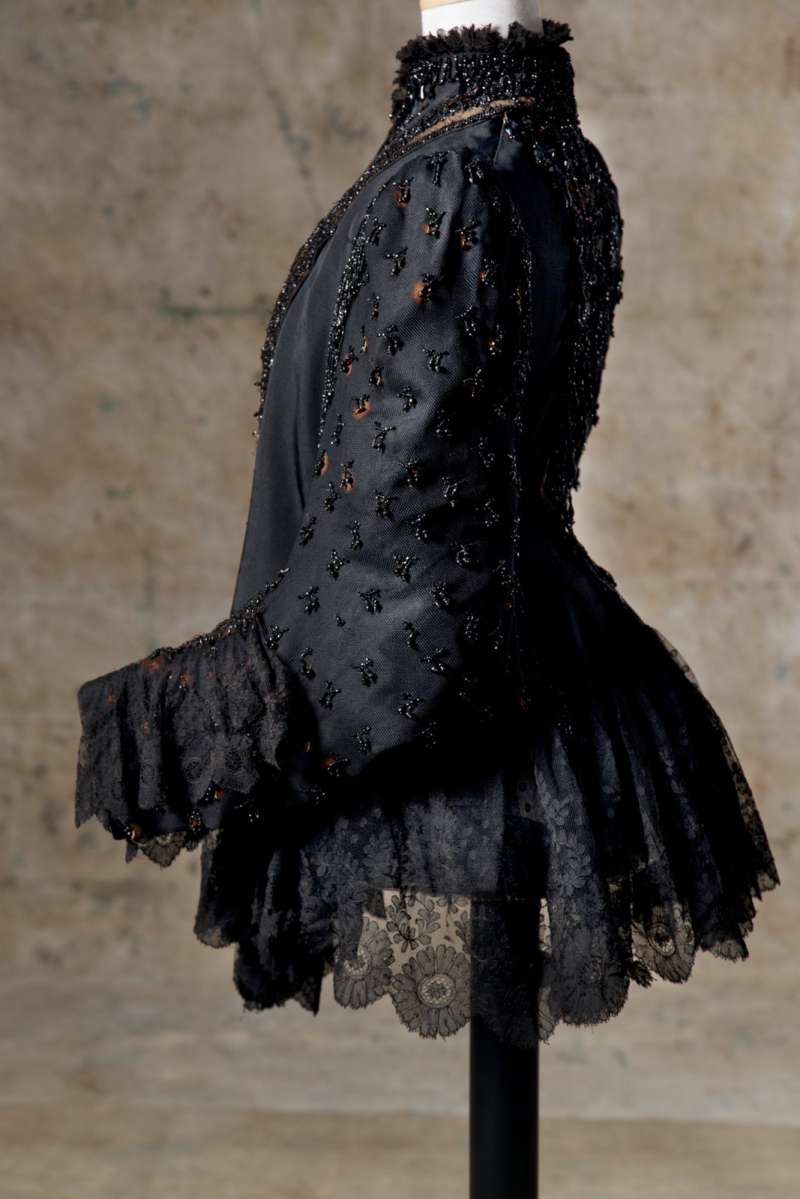